After a year of spending far more time than usual in our pj’s and in front of the tv, it’s particularly exciting to see our favourite celebrities dolled up for an award show.  There’s something special about witnessing gorgeous red carpet moments and critiquing the best dressed with your group of girlfriends. Of course, the best part is guessing which nominees will hear the words “the People’s Choice Award Goes to”. We’re here to give you the 411 on the most memorable parts of the evening. 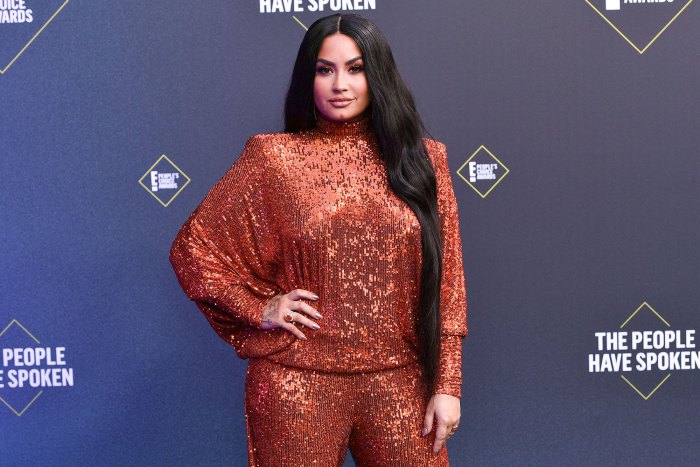 The show was hosted by singer Demi Lovato, with a virtual audience shown on video panels all over the country. While some winners and presenters joined Lovato in person, others joined virtually along with the crowd. In Lovato’s opening monologue, she joked saying “I am so excited to be here tonight because, honestly, this year has been the longest three years of my life”. We feel you, Demi, 2020 has definitely aged us all!

As usual, Chloe x Halle did not disappoint, giving a show-stopping performance of their song “Ungodly Hour” off their latest album.

The unfailingly fashionable Tracee Ellis Ross took to the stage to accept the Fashion Icon Award in an Alexander McQueen white cape, thigh-high leather boots and Ana Khouri jewellery.  She thanked her glam team, as well as her mother Dianna Ross for introducing her to the power of fashion. I think we all agree Miss Ellis Ross is well-deserving of such an award!

Moving to the tv category winners, the women of Hollywood certainly dominated the stage. Ellen Pompeo accepted the award for Grey’s Anatomy, for the Show of 2020. The Drama TV Star of The Year was awarded to Mandy Moore for her role in the popular series This Is Us. And proving once again that she is more than just a pretty face, Sofia Vergara won Comedy TV Star of The Year for her role in Modern Family.

As always, Tyler Perry delivered an inspirational speech when he accepted the People’s Champion Award. Perry shared a heartfelt story with the audience, encouraging dedication, even in the face of seemingly unconquerable obstacles and frustration. The 51-year-old mogul is definitely our champion!

In the film category, the Disney Pixar film Onward bagged the award for the Family Movie of 2020. If you’re looking for something family-friendly to watch this December, we would highly recommend this award-winning film.

Who is your best dressed?

Although Tracee Ellis Ross walked away with a fashion award, there were some other notably gorgeous red carpet looks. Jennifer Lopez wowed the crowd in a red number, while Tiffany Haddish showed some leg in a colourful, high-slit dress. We’ll leave it up to you to decide who was the best dressed.

Despite the awards show being smaller and more intimate this year, it was a night we’ll talk about for weeks to come. We also LOVE the fact that the words “the People’s Choice Award Goes to” were followed by so many female names this year. It’s like the Beyoncé song says- Girls, who run the world!

Click here for more from our BLOSS Entertainment Editors. 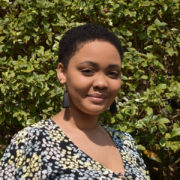 Fun, adventure and happiness are the most important parts of life to Sarah-Justine. Born and bred in Durban, Sarah is a 22-year-old currently studying a degree in Drama at the University of Pretoria. She plans on majoring in Directing and has big dreams of taking the international entertainment industry by storm. When she isn’t writing Entertainment blogs, Sarah enjoys traveling to new destinations, making sure that she’s always got her camera in hand. She describes herself as a creative, full of wanderlust, and always the life of the party.

Keeping Up With The Kardashians: Iconic Moments

Spectacular Party in the Sky